Increase in Jobs for MBBS Doctors 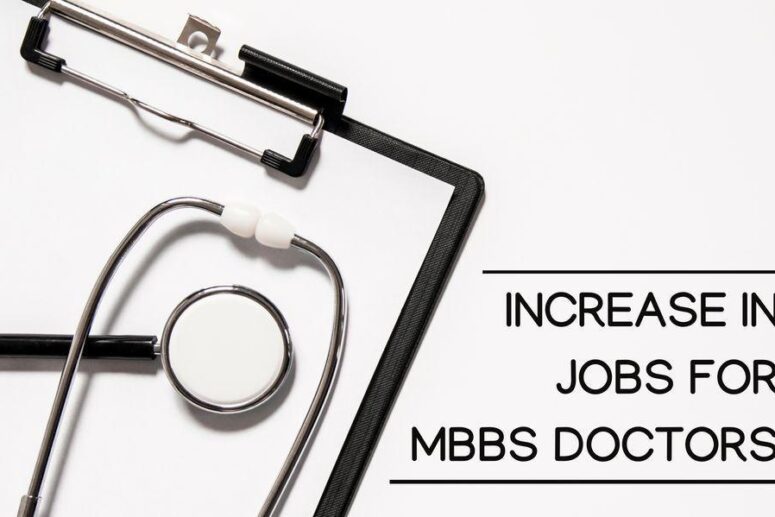 Jobs for MBBS Doctors will always be consistent, in great demand, and enjoy a reputation, no matter which part of the country you as a qualified doctor live in or want to pursue career in. From the smallest village dependent solely on agriculture to a mega city comprising concrete jungle and in the middle of civil development and industrialization Jobs for MBBS Doctors are everywhere. The question is where the doctors want to pursue their career.

Along with coming of large healthcare set-ups across the country, various specializations are making inroads into our medical culture that were not there earlier and most of us stuck to standard investigations, procedures, reading or reports, and medical treatments. .Much has changed since.

As healthcare industry is expanding, scope for doctors to find jobs in the state or city of their choice is also looking much brighter. Resident Medical Officer Jobs or RMO jobs as they are commonly referred to are relatively newer opportunities for doctors, being lapped up by more and more doctors.

It is in huge demand and is a result and outcome of the change in medical structure happening in India. Not that RMO jobs were absent from the scene, they were definitely there but very few and people were also not open to the idea. Nobody wanted to move out of their own town that provided a perfect personal comfort zone. But things are changing now. People are open to moving out as they understand the importance of attaining professional success. They are learning to adapt themselves and create their own comfort zone wherever they go. All new hospitals across all the cities that are coming up require more than one RMO.

For example demand for RMO jobs in Mumbai is big as RMO job in a smaller city. While some doctors may be interested in RMO jobs in Mumbai hospitals some might prefer smaller cities for reasons of their own. People interested to pursue career as Resident Medical Officers can find jobs in private hospital, government hospitals, medical healthcare centers, Rehabilitation centers, Research centers and so on. Earlier we were seeing medical industry focusing on only one or two cities like Hyderabad etc. in India for a few years, which indeed played a role in changing the face of that city and boosting its economy and employment dynamics, flow of floating population and so on, but slowly that progress touched other cities and now we see every city is witnessing coming-up of full-fledged hospitals. All these set-ups require RMOs to run the show and this demand for jobs for MBBS doctors in all the fields as well as proper RMO jobs in Mumbai or elsewhere don’t seem to be fading for years to come.

Medical industry in India as we can see is on the path of progress, and we are seeing advanced medical care centers being built everywhere, foreign investments and investment from our own corporate giants has boosted the economy. This progress is leading to economic development; people are becoming more conscious of their health; healthcare is becoming more accessible etc. Hospitals promising to work round the clock to serve patients also need RMO on the job 24X7! To seek Jobs for MBBS Doctors or find job as RMO in Mumbai or elsewhere, your best bet is to register with recruitment agency like Curaa that specializes in assisting candidates looking for career in Medical industry. They are better informed about latest demands and vacancies and can guide and prepare candidates better to develop a competitive edge and improve their chances of finding a job with a good set-up that promises steady progress through the future and certainty in this fragile environment.