Status of Telemedicine Jobs in India 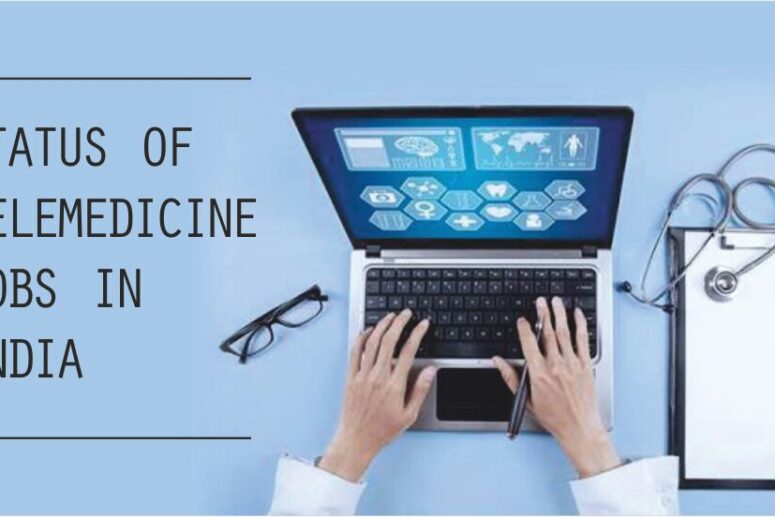 Telemedicine is a combination of two words, i.e. medicine & telecommunication. Once the word is broken into two, little remains to be explained to understand what telemedicine means. When a health professional prescribes medicines to his/her patient, generally at a distant location by using various electronic devices such as telephonic conversation, sending, receiving, and reading tests &reports, studying tests of patients in real time on their own screens while they’re being performed in another locations; discussion of complex case of a patient by two doctors via conference to decide treatment plan…etc. are a part of telemedicine treatment. As telemedicine system of treatment improves access of public especially in rural areas to avail of better treatment from their own location, Telemedicine jobs are in great demand.

Opening of Opportunity of Online Medical Jobs for Doctors

The concept of Telemedicine has received a positive acceptance by doctors as well as patients. While patients, especially those living in rural areas can get the best facility without travelling to another city, it offers convenience for doctors who can prescribe medicines over the phone or email after discussing symptoms with patients over phone, followed by seeing reports and tests via email, Video conferencing and so on. Use of telecommunication in the field of medicine has really proved to be a boon and rise in telemedicine jobs for doctors in India.

Online medical jobs for doctors is not only on the rise for it enables to offer better healthcare for rural patients, it is equally popular intercity because it enables people in urban areas to contact best doctors or specialists in another city for second opinion. Telemedicine has added to more freedom as well as better facility. As a result online doctors are much in demand.

Telemedicine facility is nothing new. People have been consulting doctors in other cities for more than two decades. What’s new is the pace at which it can be done now. Electronic communication can make it happen within no time. It saves time and patients can be saved from deteriorating condition. Because of these conveniences associated with telemedicine we are witnessing a definite increase in the number of patients opting for online consultation and telemedicine jobs are only going to rise in the years to come. As more people will reach out for doctors online, demand for online jobs for doctors will rise. The concept has taken the world by storm and experts in Indian healthcare industry are predicting a great future for online doctors’ jobs in India too.

Doctors will also need to be more open and adaptive to this new normal futuristic method of treating patients. A time will come when capable doctors will do double jobs; treat patients through the standard procedure, i.e. physically examining and talking to them face to face as well as treating them over telephone and video conferencing and prescribing a course of medicine or treatment. Demand for medical jobs in India is looking up and bright.