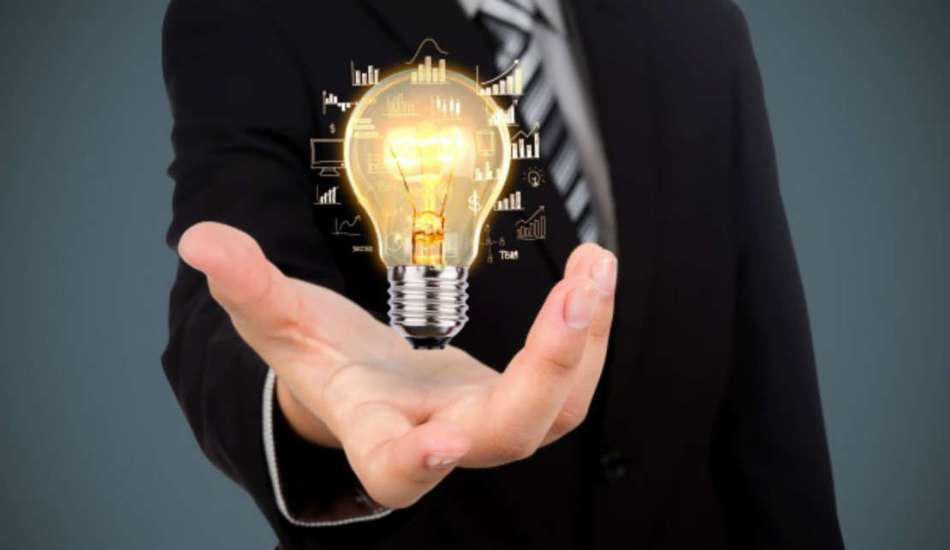 You can do anything you wish to do, have anything you wish to have, be anything you wish to be, if you try. Building up a career requires character, integrity, commitment and liking for the work. In Japan, job becomes hereditary, family being affiliated to a company, organization or trade. But in the western countries, it is job-hopping to improve prospects, create wealth, even if there is no job satisfaction. Predicting the future is not that difficulty, first, there will be more changes happening around us as days roll on; second, there will be more competition in our field, than before; third, there will be more opportunities to build up a career as more channels will open up as we proceed ahead in life. Fourth, the opportunities have to be converted into a concrete reality. Andrew grove, Chairman of Intel Corporation said, that one of the profound changes of recent times is that each person is the architect of his own career and life. You need not rely on a company or corporation to take care of you or your family. The reliance is on yourself as you are the chairman of your own life corporation. You are always self-employed, no matter who signs your paycheck.

Today, we are trying to solve life’s problems through violent means when actually life is a gift to be shared with others. We have to move from the gun culture to fun culture. The approach and attitude should be to plan the best, expect the worst and be prepared for a surprise. A happy person can never become violent. When grievances mount in his thinking, there is a burst, which is likely to happen in any situation. Be a unifier and not a divider, because unity adds to strength and division weakens everyone.There is the story of an old man dying on his bed. He called his four sons and gave them one stick each and asked them to break it, which they could easily do. After that, he gave each of them a bundle of sticks tied together, and asked them to break it. They could not. He said: “Sons! Be united and never separate and dissipate your energy. Also remember, that winning is not excelling or surpassing others; winning is to become better than yesterday. “There is the story of a businessman who approached Ramakrishna Paramhamsa and said: “I had everything in life; I have lost everything in business through speculation. Can you show me the path to live in future?”

The sage said: “You have lost nothing; you can rebuild yourself and it is in your own hand. Take a decision and proceed ahead. Remember, that the world is a mirror and it reflects back your beliefs, convictions, your attitude and faith. For example, through extra work, enthusiasm and unlimited energy, you can be where you were and go above it, if you continue to strive”. All our problems will be solved, when memories of failure are erased and past successes and victories are remembered. In a Punjabi folk tale, a sage visited the palace of the King and saw the Prince playing in the garden. The sage gave the Prince three dolls from his bag with a thread and asked the Prince to insert it in the right ear of one of doll. When the prince inserted from the right ear, it came out of the left ear. In the second doll, it came out of the mouth; in the third one, it did not come out at all.

The sage asked the Prince what it meant. He answered the question himself. “The first doll represented the question himself. “ The first doll represented people who do not bother to listen; the second one represented people who repeated other people’s versions and opinions; and the third represented those people “who will not reveal to others what they have heard”. When the Prince asked which among the dolls is the best, the sage pulled out a fourth doll and asked him to repeat the chore. The Prince inserted the thread in the right ear, and it came out of the left ear. When he repeated a second time, it came out of the mouth. A third time, it did not come out at all. The sage said: “This person is the best and trustworthy. He knows when to listen, when to remain silent and when to speak out. If this system is practiced, you will be a great King!” This advice only means that one has to restructure his activities, continually focus and refocus on a few things for most of the results. All of life is a test in some way or the other. The potential of a person is a huge ocean unsailed, a new continent unexplored, a world of possibilities waiting to be released and channelled towards some great good. 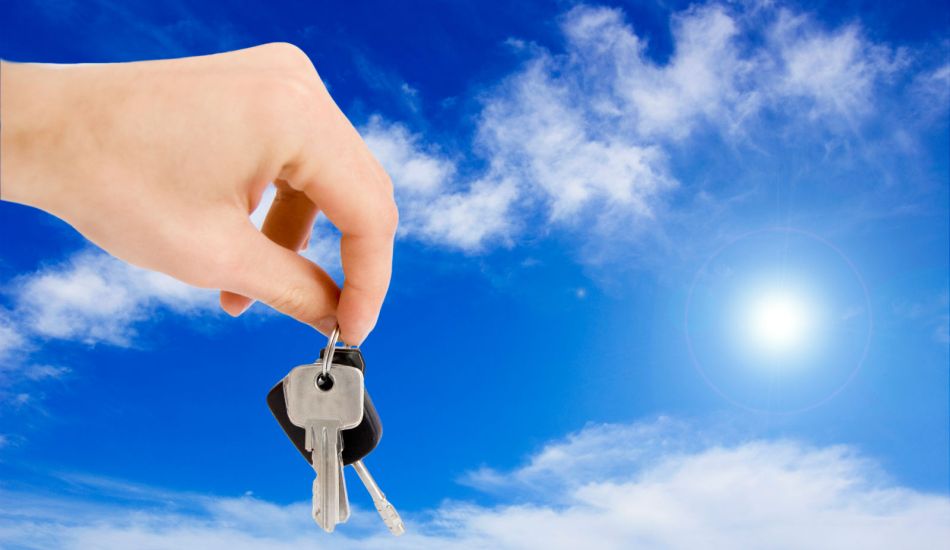 Talmud, the Jewish Scripter says, “Unhappy is he who mistakes the branch for the tree; the shadow for the substance.” For example, the share market attracts many people, as they believe that it is important for their welfare and future. There are people who live and die with the fluctuations of the market. Some have even committed suicide, unable to suffer the loss not realizing that it is a fantasy world. When the market is up, the person is happy, when it is down he feels miserable. Once you step out of such a dream world, you see them all for what they really are! Robert Kiyosaki in his book, ‘Rich Dad, Poor Dad,’ says that we are all fed on the illusion that owning a home is an asset. The author argues that assets produce income, while liabilities are dead debts and outflow of capital. Some call it digging a ‘hole in water’. The alternative is to make a hole on the ground; you may get oil, gold or diamond! Then what is reality? The dying person will say, “All activities that matter, even when you are given a death sentence, are the realities of success that result in truth,” The person living in the fantasy world suddenly is shaken when the ‘hype’ comes into the open. The ‘yes-man’ is another example, who, with no independent views, is not able to contribute anything. As an executive observed, “When two partners agree too often, one of them is unnecessary,”

In fact, disagreement is the seed of innovation because you can’t discover what you don’t know based on what you know. For example, the great art works, inventions, poetry, songs, operas, musical compositions and ideas that we see and enjoy are due to the genius of innovators and original thinkers. As Henry Thoreau, “the tragedy of life is that most men lead lives of desperation and go to the grave with the song still in them.” When we decide to launch ourselves for a successful life, it is like a rocket, which consumes tremendous energy in the take-off stage, and later it becomes steady, going towards its objectives. Those who work from ten to five in the office, looking at the clock for the launch and coffee break, achieve nothing as they remain mediocre. On the Contrary, the person who gets up one hour earlier, reads, hears tapes or at least thinks what he should do for the day, is definitely a good starter and ends up creating, contributing something.

Similarly, a person working overtime or on holidays devoting a few hours’ climbs the career, ladder, when others are at the bottom. The popular saying is, “May be, people need something to fill their minds, to fill the void, to feel alive.” Living purposefully, creating something new, or thinking about the unusual represents the actualisation of the human potential. Innovation is not only making of the new, but also rearranging the old in a new way. The human subconscious is a vast storehouse containing wisdom of the past the understanding of the present and the vision of the future. By tapping into its vast reserves, we can create new thoughts and act upon it. There is a saying, “when everyone thinks alike, no one is thinking at all,” That is the beauty of ‘yes-man’ who surround the power centre and produce mediocre decisions. It may be called becoming a ‘carbon copy’ instead of carving out something new. The photocopying machine can produce any number of copies from one original or master copy but the master copy is the key.

When you render more service, the return also is bountiful because ‘service is the rent you pay for the space you occupy here on the planet Earth’. In many industries including hotels, malls and educational institutions, we find a Board displaying, “The customer comes first’ or ‘the customer is king etc. It indicates more service than ordinary. Only when we attain excellence in our chosen field of endeavour, Can we hope to become successful in life. Anything less, we can’t reach our full potential. It is a thin line between high achievers and others. For example, in any game like tennis, the form, agility, reflex action, speed of service and quality of play counts a lot in winning or losing, similarly, in golf, only one or two shots separate the champion from others. In Olympics, the difference between gold and the silver medal in a 100-meter dash is fraction of a second. Vince Lombardi, the celebrated American Coach said once. “The quality of a person’s life is in direct proportion to his commitment to excellence, regardless of his chosen field of endeavour.” It is in our hands alone, to improve the quality of our lives. Superior human relations are the master key to victory!