New Vaccines on the Horizon 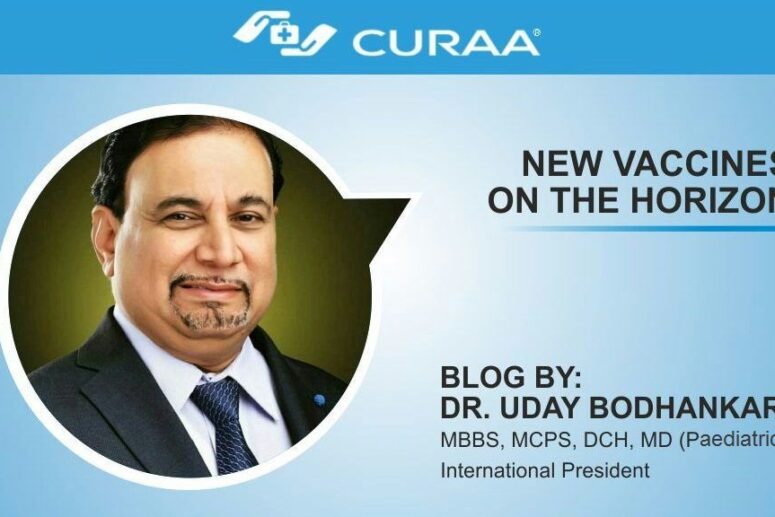 Every parent deserves to know the truth about vaccinations. But this day and age, it’s hard to tell what that is. So we’re just gonna lay it on the line: The choice to immunize is for the good of your child. When they’re safe and protected, they can get out there and be kids—learn, live, experience, enjoy. Plus, immunization is an important choice you make for good.

Once and for all. For their whole, entire, livelong lives

Vaccines are hailed as one of the most important public health achievements of the 20th century. New innovations in vaccine technology and new information about how the immune system works to protect us make this an exciting time in the field of vaccine research and development.In 2012, there were nearly 300 vaccine clinical trials in progress or being reviewed by the Food and Drug Administration (FDA). 170 of these vaccines are for infectious diseases.

The first two have already been accomplished! While there is a concerted effort to end measles, the goal to achieve worldwide eradication of measles by 2010 has been interrupted by parents choosing not to vaccinate their children leading to higher infection rates.

1)  To protect more children, scientists and doctors are working hard every day to vaccines. Vaccines against the “big three” – AIDS, malaria and tuberculosis (TB) – are on way.

TB is caused by bacteria that infect the lungs. It spreads when bacteria travel through the air from one person coughing, sneezing, or speaking, and are inhaled by another individual. It is estimated that TB costs the global economy $1 billion a day, and  there are strains that cannot be cured by any antibiotic. In 2011 alone, there were 8.7 million infections and 1.4 million deaths from TB. With the rise of antibiotic-resistant strains of TB, there is a potential for the impact of the disease to become more severe.

Many TB vaccines are now in clinical trials that would have a local as well as global impact.

2) Respiratory infections like influenza and pneumonia are particularly dangerous for children and the elderly, resulting in at least 4.25 million deaths a year.

The current flu vaccine is recommended annually and protects against the three most prevalent strains circulating in each given year. In early 2012, the FDA approved a flu vaccine that protects against four different strains. Because influenza is a virus that continually mutates, it alters its appearance to the immune system by changing the proteins in its outer layer, the portion of the virus that the cells of the immune system use to recognize the virus.  However, a few of these outer proteins do not change.

Scientists are using these proteins to make a multi-year vaccine with the hope of creating a universal flu vaccine.

4 ) As global temperatures and travel increase, diseases that were previously only seen in the tropics, such as malaria, West Nile and dengue are appearing in the U.S. In 2012, there were over 5,000 cases of West Nile in the U.S. Over 1,700 of these cases were in Texas.  Mosquitoes spread many of these diseases since they are now able to move north due to warmer year-round temperatures.

Development of vaccines that prevent against tropical diseases is an important goal for researchers.

5 )DNA VACCINE : Many new vaccines will be made possible with the development of a new type of vaccine called DNA vaccines. This type of vaccine actually injects the DNA needed to make a specific portion of the pathogen into the vaccine recipient. The potential immunity that could be gained from a DNA vaccine would be effective and last for a long time.

In addition, DNA vaccines would have very few side effects because the vaccine only uses the necessary component of the bacteria or virus to make a small amount of antigen.

6 ) Adjuvants are vaccine additives that stimulate the immune system. They are a hot topic in the vaccine conversation and serve a very important purpose. New adjuvants will make current vaccines more effective and are key components for future vaccines. Current and future adjuvant safety is thoroughly investigated. The right adjuvant has the possibility to enhance the interaction between the vaccine antigen and the cells of the immune system.

At this time, there are over 20 adjuvants in clinical trials for serious diseases including influenza, cancers, and HIV.

7 ) VACCINE PATCH : While vaccines are very effective preventative care, shots can be painful. There are already needle- and pain-free vaccines that can be given as a nasal spray and taken orally, but researchers are coming close to releasing a new form of vaccine delivery called vaccine patches. These patches could be self-administered, distributed to a large number of people quickly, and helpful for kids (and adults!) who have a fear of needles.

8) Pregnant women, infants, individuals with certain allergies, and the immunocompromised cannot receive some vaccines. Developing vaccines for vulnerable populations is a main goal for public health officials and researchers.

New vaccines are possible with increasing knowledge of the immune system, advances in vaccine technology, and adjuvant development.Prevention is the most effective and affordable way to stop the spread of disease.